What is a cheque?

Various modes of payment exist in the present generation. From UPI to net banking, digitisation has ruled them all. Due to restrictions on online transactions up to a certain amount, people use offline methods. The frequently used one for a higher transfer of money is the cheque. It is a mode of payment, particularly a bill of a certain amount, generated by a particular individual to an applicant who demands the amount.

Three parties get involved in total when a cheque has to be issued by the giver for their client:

Drawer – He creates the cheque and is the account holder from which the amount gets deducted.
Drawee – It is the bank where the cheque holder’s account resides. The cheque has to be issued by a specific bank always.
Payee – He is the person/organisation to whom the check has to be issued. If the cheque is a transfer type, then the drawee and the payee can be the same.

Characteristics of a cheque

Depositing vs Cashing a Cheque

Cashing – One receives the money from the bank when the cheque passes successfully. All you need to do is deposit the cheque at the correct branch of the bank, get the money and spend it accordingly without any limits.
Depositing – It is the process of adding a balance to your account. This process can take up to 24-48 hours for the amount to credit to your bank account.

What is a cheque bounce?

An unpaid cheque returned by the bank to the drawer is a bounced cheque, also called a dishonour of cheque. Many reasons can cause this problem, like insufficient bank balance for a cheque to sanction successfully. The drawee bank returns the failed cheque with a proper memo as soon as the trouble starts.

What happens when a cheque gets bounced?

The bank returns the bounced cheque with a memo to the payee, informing the problems that occurred with the cheque. The payee can resubmit the cheque after solving the issues raised by the bank. If the bank rejects the cheque a second time too, then the payee can suffer these consequences:

How to file a complaint against cheque bounce?

Follow the steps given to file a bounced cheque case:

There is a possibility that the bank may return the bounced cheque. In that case, one must send a notice to the drawer within 30 days after receiving the returned cheque. One can take the help of a lawyer to do so. Legal actions take place within a decided period (usually 15 days) if the notice does not demand the amount from the drawer.

The payee can send the complaint by themselves, but one must take the help of a lawyer for such financial issues.

Step 2:- Needed information has to be stated clearly in the notice

If the drawer ignores your notice or has refused to pay your sum within 15 days, you can legally file a complaint against them. You can file a complaint when any of the following incidents occur:

You must have these documents with you to file a complaint:

How much money do I need to give to file a case?

The complainant needs to pay the court fees for filing a complaint that depends on the bounced cheque’s amount. The fee catalogue is as follows:

When does a court send notice to the accused?

After the complaint is filed successfully, the court summons the drawer who fails to pay the demanded money.

What is the relevant evidence in a cheque bounce case?

What is the penalty and punishment for an accused in a cheque bounce case?

A penalty in the form of money is imposed on the drawer if he is found guilty. The amount can be double the bounced cheque. Or, the culprit can also get imprisonment for up to two years.

What is the importance of Memo of Advocate (MoA) in a court procedure?

How to file a complaint in a civil suit?

A civil suit can help the payee recover the stuck amount and the amount paid during the litigation. A summary suit under Order- 37 of the Code of Civil Procedure, 1908 can be used to recover the due amount.

What happens when a cheque bounce issue does not resolve?

There are over 40 lakh pending cases as per the reports of the Supreme Court of India. These financial offences are way more common than they should be and play a crucial role in directly affecting our country’s financial ecosystem. There can be many consequences related to this crime. From a heavy penalty to imprisonment, many such punishments are served to those proven guilty of charges.

If the drawee fails to take any legal action against the drawer in the given time limit, the drawee will lose their power to exercise the remedies aided by the court. Therefore, the drawee must tackle a bounced case if they do not wish to lose their hard-earned money.

All the legal remedies have to be provided, only when the pending debt gets successfully cleared. Hence, if the dishonoured cheque gets issued as a gift or donation, the payee cannot legally sue the drawer. 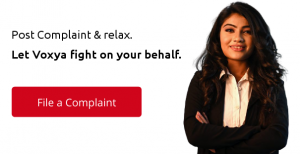